The recent early snow is perhaps a good cue to think about the garden’s appearance in winter. It is a common mistake to asume that, once the first frosts come, visual interest in the garden is over until next spring. Winter interest doesn’t just come from flowers (of which there are admittedly rather few) and foliage, but also from attractive stem colouration, dessicated seed heads, and the like.

In summer this border is dominated by the bright yellow-green foliage of the Rubus cockburnianus “Golden Vale” and the variegated Cornus sericea “White Gold”, but it makes its biggest impression in winter, when the contrasting colours are quite striking. 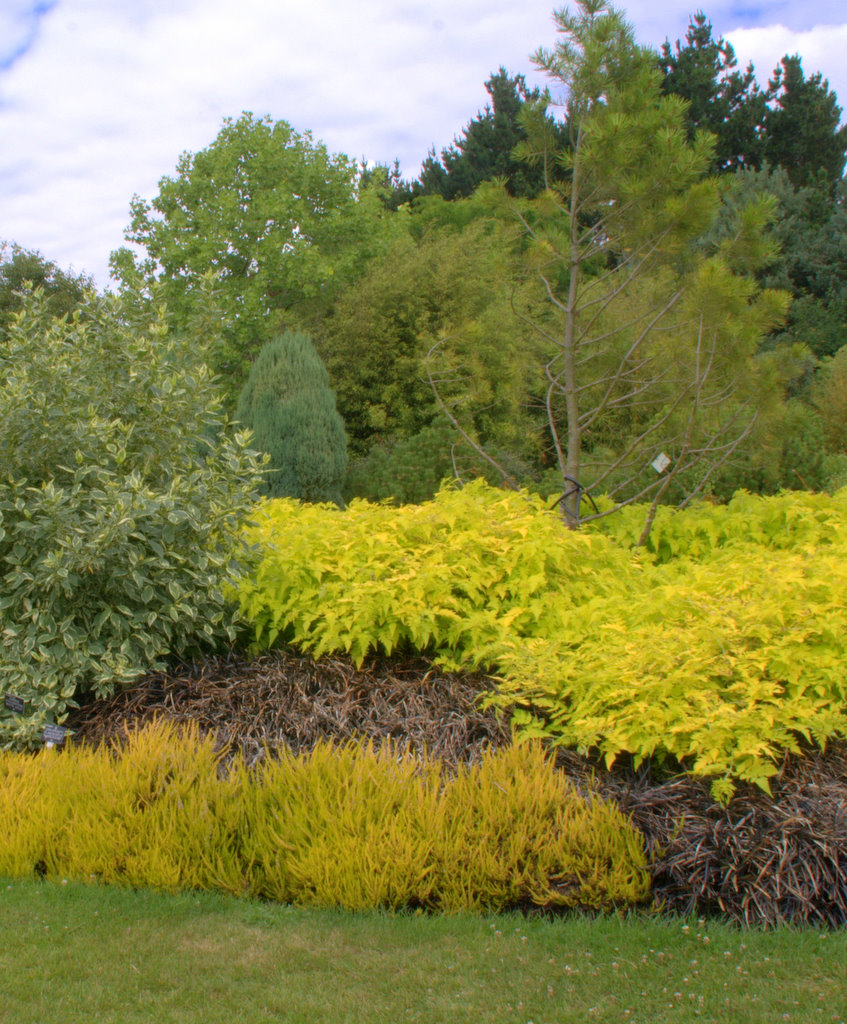 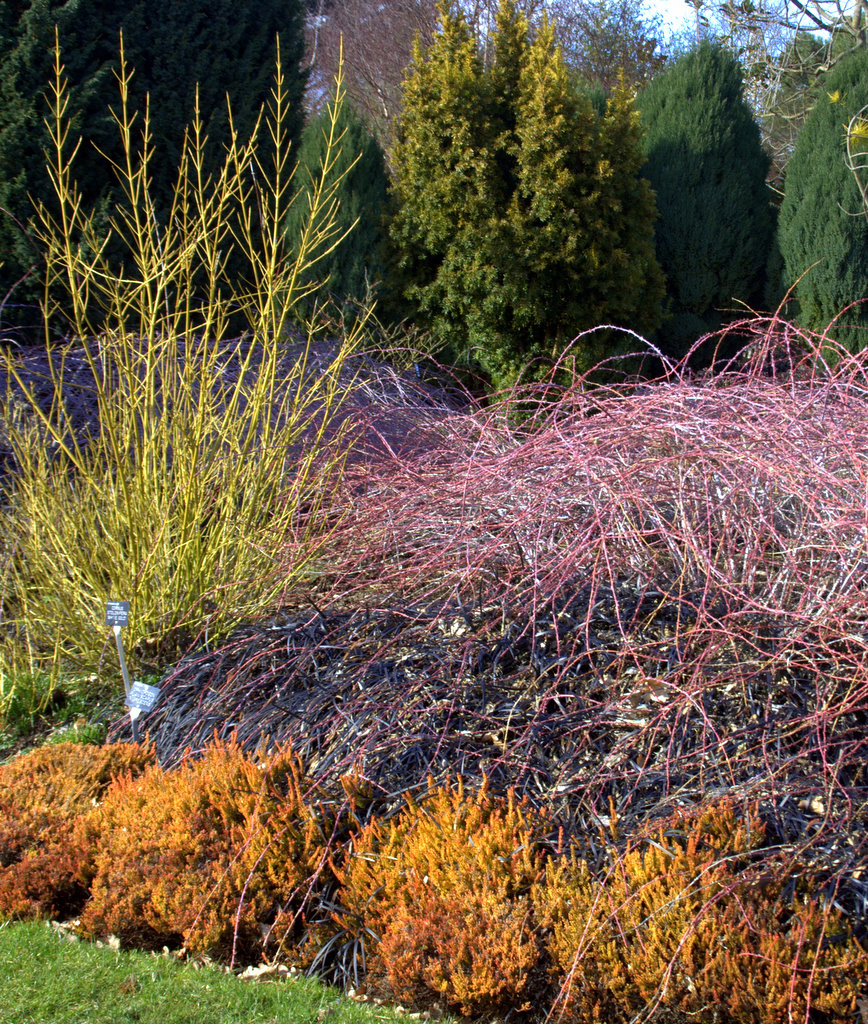 Cornus sericea (previously C.stolonifera) “White Gold” is a hardy suckering shrub with bright green stems from leaf-fall through until they are pruned in March.
The ‘White Gold’ form has excellent white-edged variegated foliage, and therefore makes a good dual season plant. The foliage colour and effect is also enhanced by a hard pruning regime.

Rubus cockburnianus “Golden Vale” is a handsome and prickly briar with bright golden leaves all summer and in winter, dazzling, chalky white arching stems. The lovely golden yellow foliage makes this an eye-catching ornamental plant in the summer and the white stems give fantastic winter interest.

Ophiopogon planiscapus “Nigrescens” is an evergreen perennial with tufts of glistening strap-like leaves that are closer to black than almost any other plant. The small white or lilac flowers are followed by dark green berries. Makes an excellent foil for contrasting flowers and foliage.


This is just one example, from the Sir Harold Hillier Garden near Romsey, Hampshire, which illustrates how it is possible to achieve year-round interest. There are lots of other plants you could consider, and don’t forget that plants like sedums and Lunaria (Honesty) – with their interesting seedheads that survive all winter – are also really useful.

5 Responses to Planting for Winter Interest