Over the years Judy’s brother Tim has been involved in most aspects of wine production, and he retains an interest in a small vineyard of a few acres in west Hampshire.  Yesterday was “grape picking day” and I, along with about 20 other family and friends, assembled to harvest an excellent crop. 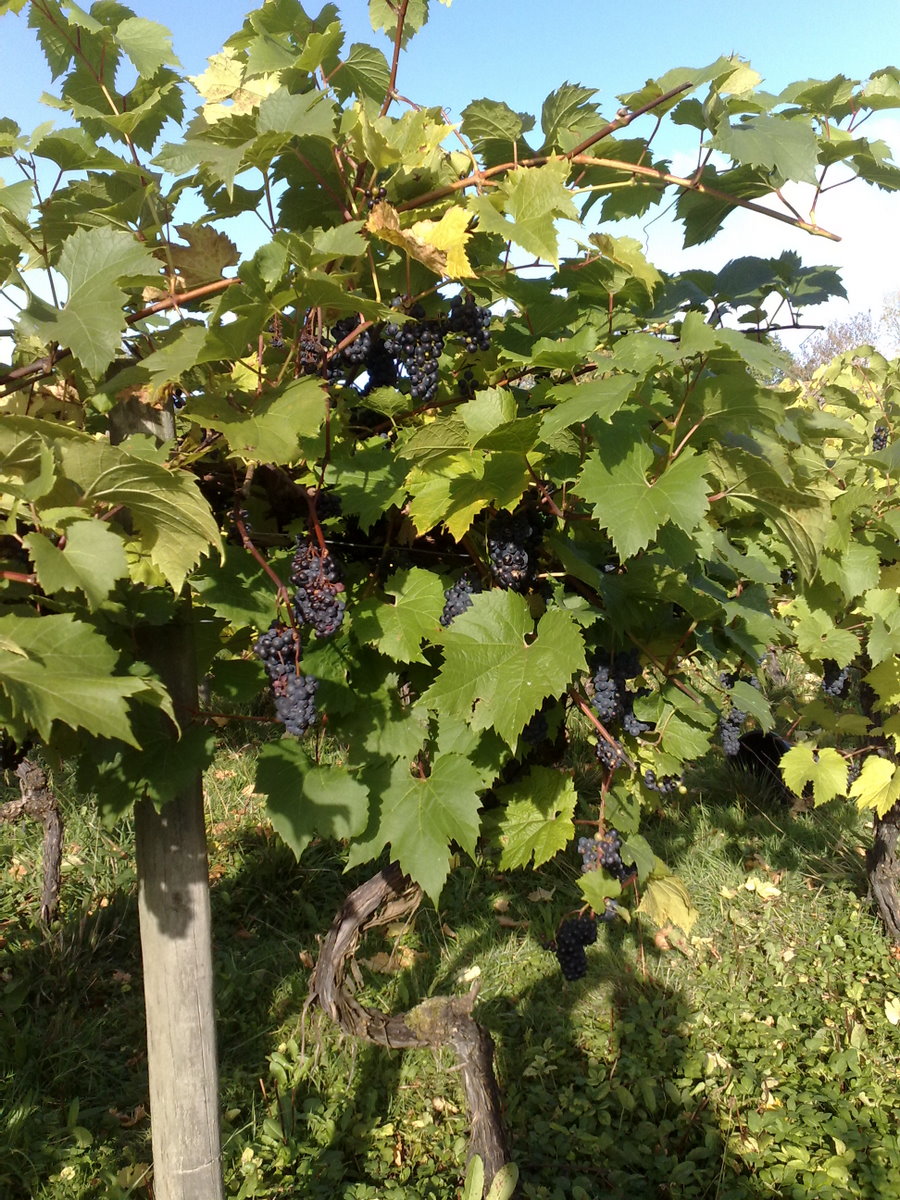 This end row is perhaps a little too prolific (too much foliage inhibits ventilation and increases the risk of botrytis), but an excellent crop nevertheless.

The vines are now about 30 years old, and the quality has improved considerably over recent years, to the point where last year’s harvest was the first supplied to one of the most prestigious local vineyards, whose wines grace the shelves of Waitrose.  (Quite what this means for us pickers I’m not sure – we used to be “paid” with a share of the wine, but I doubt that’s realistic with bottles retailing at between £7 – £15 a bottle!)  In the recent past grapes have been supplied to Rosemary Vineyard, on the Isle of Wight, who even made a wine named after “our” vineyard a few years ago.

In case you are thinking of planting some vines yourself, it’s important to be realistic about the economic reality.  Winemaking involves considerable investment, and is only viable if sufficient grape production is available – probably at least 20 acres.  Hence, most smaller producers sell their grapes.

Input costs (sprays, mainly) are typically around 25% of the crop value.  But – and here is the rub – if yesterday’s picking team of family and friends had been paid for their efforts, the crop would have barely broken even.  And that doesn’t begin to take account of capital costs.

If that hasn’t put you off, we’re well placed to advise on establishing a vineyard.  Or how about planting a few old fashioned eating varieties – they’re far superior to the modern tough-skinned seedless ones sold in supermarkets?  In fact a few rows of vines can be very useful to the landscape designer on larger projects, especially if there is an old walled garden, as they greatly assist the smooth transition from garden to surrounding arable farmland.